Remington Park is a horse track and casino located in Oklahoma City. It is the state’s premier destination for horse racing and offers a quarter horse season each spring and a thoroughbred season each fall. Remington Park is also home to restaurants Silks Fine Dining, Bricktown Brewery and Henry Hudson’s Bar & Grill. 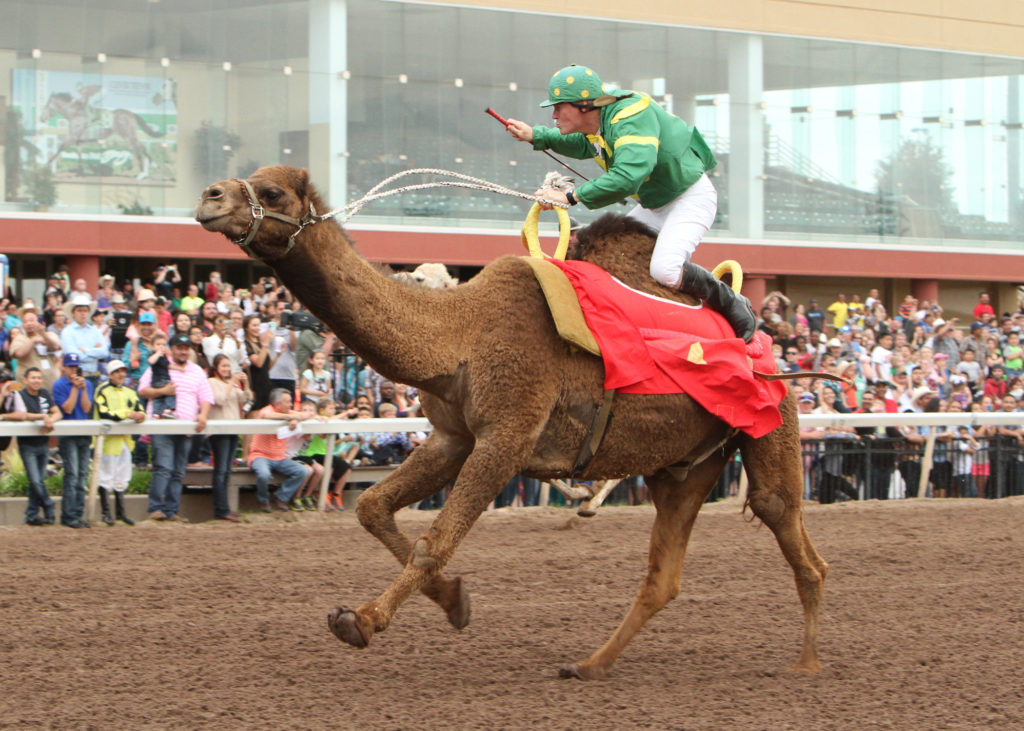 One Sunday each April, Remington Park hosts its Extreme Racing event. Extreme Racing features Remington Park jockeys racing aboard exotic animals such as camels, zebras and ostriches. The event also includes miniature donkey races and a Clydesdale horse match race. Donations to local nonprofits are made on behalf of the winning extreme animals. It is typically the highest attendance day of the year for Remington Park, drawing approximately 25,000 spectators. The eighth annual Extreme Racing event took place on Sunday, April 23, 2017.

April is one of the busiest months for activities in Oklahoma City with the Festival of the Arts, the Oklahoma City Memorial Marathon, NBA playoff games and more. It can be difficult to cut through the noise to gain the public’s attention. Although the Extreme Racing event’s novelty stands out among other entertainment options, it can be a challenge to keep the public’s attention as this was the event’s eighth year. Koch Communications worked with Remington Park to bring public attention to the event to increase attendance and support for Remington Park’s 2017 charity partners.

Koch Comm developed and executed the public relations strategy for the event. Planning and personal relationships with the media were essential for success. Preparation began by looking at past years and analyzing successes and challenges. Additionally, the Koch Comm team collaborated to develop innovative PR tactics not previously attempted. This resulted in the identification of a jockey who had experience with horses and exotic animals and was comfortable doing interviews. 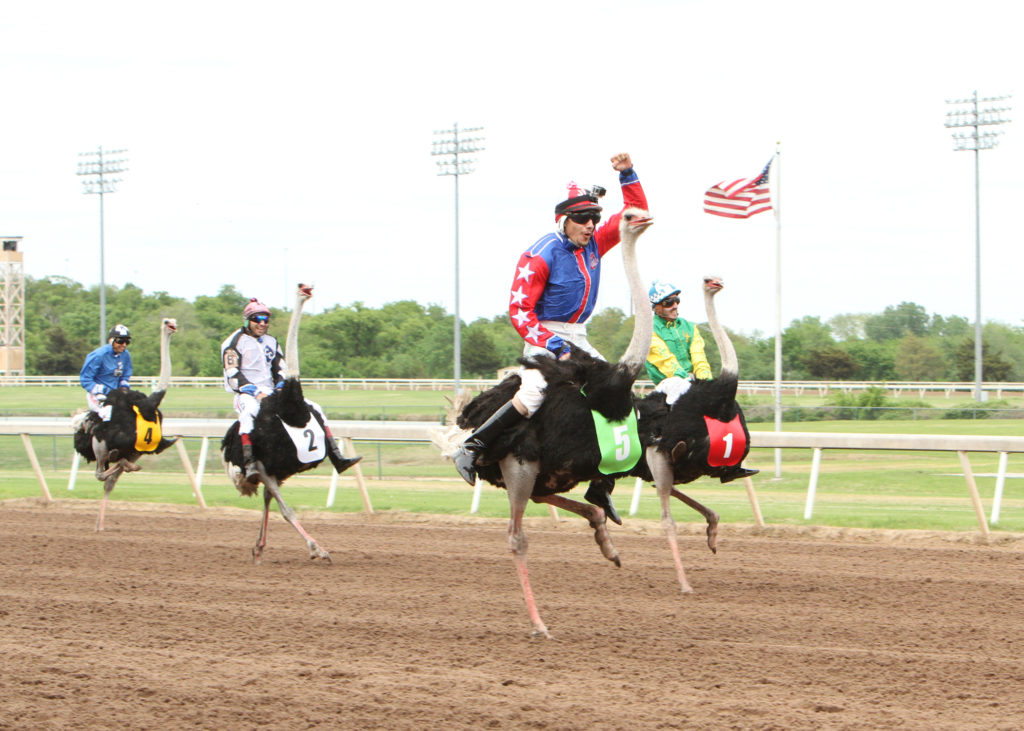 Koch Comm sent a press release announcing the event and followed up in person with select journalists. Koch Comm arranged an interview with the jockey who had been identified in the planning stage and the story he was interviewed for ran in several papers across the state. Additionally, TV pitches were made well in advance to secure the spots, and much of the coverage in both print and TV was with reporters with established relationships with Koch Comm.

Facebook played heavily into Remington Park’s strategy on social media. With a $400 social media budget, the track ran ads and promoted posts leading up to the event, reaching tens of thousands of potential attendees. Photos from past Extreme Racing events and graphics of “extreme” animals dressed in jockey silks highlighted the novelty and family-friendly nature of the event.