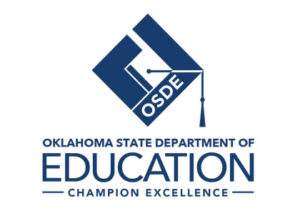 The Oklahoma State Department of Education and the State Superintendent of Public Instruction are constantly working to keep the public informed while creating solutions
to improve public education. While traditional media is an excellent outlet for providing information to the public, OSDE utilized digital media to build two-way conversations
and open its doors for feedback.

The Oklahoma State Department of Education began working with Koch Communications in 2013. At the time, their social media presence was small with little two-way conversation. Several of the conversations directed at OSDE showed negativity, misinformation and misunderstanding.

Koch Communications utilized digital media to grow OSDE’s audience while providing accurate information to the public. Capitalizing on the strengths of social media, we relied heavily on Twitter and Facebook to respond to people’s concerns in a timely manner. Whenever news broke, and was immediately posted across social media channels, an account executive was prepared to answer questions in real time. The account executive’s replies fostered open communication, and they helped people gain an understanding of that specific situation and the role of the Oklahoma State Department of Education.

Koch Communications felt there were additional ways to utilize social media to the advantage of OSDE, and implemented two ongoing strategies including Educator of the Month and live tweeting events such as the monthly State Board of Education meetings. Educator of the Month, a monthly promotion on Facebook, encouraged users to nominate an outstanding educator or school staff member. This resulted in bringing pride to the profession, recognizing excellent educators and positive engagement on Facebook. Live tweeting events, including monthly State Board of Education meetings, press conferences, summer conference sessions and superintendent community engagements resulted in increased transparency, awareness of the most up-to-date happenings in the department and served as an accurate and timely source of information for those who could not attend these events in person.

• Creation of an open forum for conversation and feedback provided stakeholders a way to conveniently communicate with OSDE
• Decreased misinformation about OSDE and increased trust in the organization
• Established an effective channel for communication with the public
about changes in leadership and developed connections with Superintendent Hofmeister
• Facebook following increased from 1,124 to 22,758 fans
• Twitter following increased from 39 to 7,454 followers

Parts of digital advertising are becoming less effective. However, as technology advances, marketers and business owners have an opportunity to utilize highly targeted paid media.

An effort to raise awareness for unique dining experiences in Chickasaw Country.