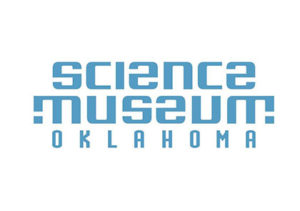 Science Museum Oklahoma (SMO) houses more than eight acres of hands-on science experiences that engage visitors of all ages in learning through exploration, experimentation and creative fun. The nonprofit organization has helped families make memories for more than 50 years and, in June 2015, the museum opened its largest renovation in decades.

Measuring more than 20,000 square feet, CurioCity is larger than most stand-alone children’s museums in the country and expands the museum’s appeal to families with younger children.

Our key goal was to raise awareness about CurioCity among potential SMO visitors, members and the drivable market. As CurioCity was opening, it was important that visitors understood that this was not the same SMO they were used to. We needed to position SMO as constantly evolving to meet the needs of families and students. CurioCity positions SMO on the national level and it was valuable for Oklahomans to understand that a visit to SMO today would entail a new experience unlike any they have had in the past.

This campaign incorporated traditional public and media relations as well as digital media efforts to raise awareness of the exhibit’s launch. Multiple channels were used to position CurioCity and SMO as positive, educational assets, unique to the state of Oklahoma. Due to the size and variety of other activities offered, it was important for the public to understand that CurioCity is a children’s museum within SMO. The strategy was to create excitement about CurioCity so those familiar with SMO and those who have never been to the museum would be eager to visit.

As part of CurioCity’s opening, the Koch Communications team coordinated the media launch, including extensive coverage in the state’s largest newspaper – The Oklahoman – as well as across major network broadcast stations. Campaign successes included:

• Museum saw a marked increase in attendance
• CurioCity’s opening day, Father’s Day 2015, had 1,119 visitors compared to 827 visitors on Father’s Day 2014
• A total earned media coverage of $214,892.56
• Facebook following increased by 26.8 percent from May to July
• Twitter following increased by 8.2 percent from May to July
• During the CurioCity campaign, SMO’s average daily reach on Facebook was 17,121. This was an increase of approximately 70 percent over SMO’s standard daily reach
• When Curiocity is featured in the newsletter open rate is on average 22 percent
• Won 2016 Outstanding New Attraction at the Oklahoma Tourism Industry Association’s RedBud Awards
• Won 2016 Award of Excellence at the AMAOKC Marketini Awards

4 WAYS TO USE VIDEO OUTSIDE OF TV ADVERTISING

Video is one of the most powerful tools marketers have at their disposal. It creates an emotional connection that’s hard to match.

OSDE wanted to use social media to create a two-way dialogue with the public.